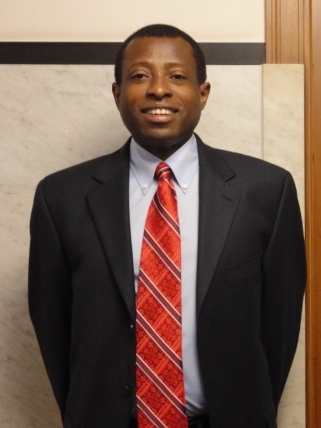 Mr. Asonye received his Juris Doctorate degree in 1992 from Loyola University of Chicago. He is admitted to Illinois state courts, U.S. District Court (Northern District of Illinois), U.S. Tax Court, and the Federal Trial Bar. Mr. Asonye became a Certified Public Accountant (CPA) in 1987. He received a Bachelor's degree with honor from DePaul University in 1985, majoring in Accountancy and Computer Science. Mr. Asonye graduated at the top of his high school class prior to attending DePaul University.

In 1992, he was associated with the law firm of Lindner, Speers & Reuland, P.C. He later left the firm to start this law firm in 1993. Mr. Asonye previously worked for the Accounting Firm of Arthur Andersen & Company from 1986 to 1991 as a computer consultant/systems analyst.

In addition, he practices all aspects of immigration law, including: H, TN, L, J , O, E, and F (optional practical training) visas; permanent residency and labor certification. His clients include hospitals and other health care facilities, engineering and computer consulting firms, technology and medical professionals who seek representation for employment based visas or visas as outstanding individuals in the professions.

Disclaimer: The materials in Asonye & Associates web site have been prepared to permit visitors to our web site to learn more about the services we offer. These materials do not, and are not intended to, constitute legal advice. Neither transmission nor receipt of such materials will create an attorney-client relationship between the sender and receiver. Internet subscribers and online readers are advised not to take or refrain from taking any action based upon materials in this web site without consulting legal counsel. We do not undertake to update any materials in our Web Site to reflect subsequent legal or other developments.